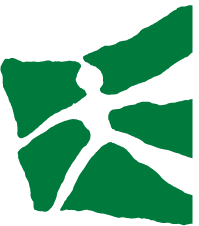 Welcome to the Competence Center for Sport Management

Welcome to the Competence Center for Sport Management

The Competence Center for Sport Management at the University of St.Gallen aims to connect theoretical foundations with practical implications of sport management through (executive) education and research. Our applied research strives for a positive impact on the global sports industry, by both advancing research in the field and contributing to the knowledge development around the topics of sports and entertainment. Furthermore, we investigate the interplay between sport and business and derive positive implications for both fields. Overall, we want to contribute to bringing the industry to the next level.
Furthermore, the Competence Center for Sport Management is well-known for its executive education. We offer one of the leading business degree programs in sports management, which aims to professionalize sports organizations and to better prepare and connect (future) leaders in the field.

We deliver the latest research findings regarding the sports industry. Our research deals with all areas of sports management, with a special focus on the topic of leadership and the composition of "High-Performance-Teams".

Our executive- and University-level programs, offer a wide range of opportunities for personal development in the field of sports management. In particular, the CAS Sportmanagement course is ranked among the leading programs in sports business.

We support clubs, associations, rights holders, sports-related companies and individual athletes through our individual approach in the areas of leadership, self-management and sports management in general. This applies to both the amateur- and professional level.